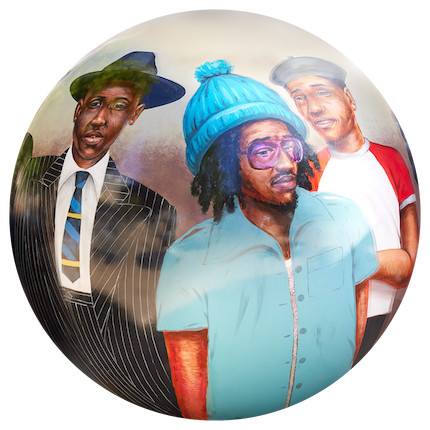 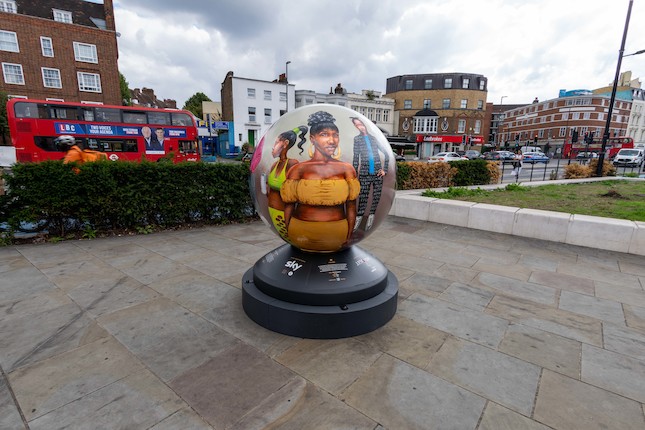 My globe design is a celebration of the style and dress of Black people in Britain over the last half century; since the Windrush Generation, one of the first large groups of post-war Caribbean migrants to the UK in the 1950s. It is a visual snapshot depicting six cultural turning points over this period; Calypso, Reggae, Hip Hop, Dancehall, Jungle and Grime. These musical genres and their respective dress codes reflected the social and political ideals of the day. A broad range of expression included our desire to be seen in a hostile environment, Black consciousness or symbols of wealth and status. Despite not always receiving the reverence it deserved and dismissed in recent times as materialistic or frivolous, Black British music and style continues to permeate mainstream British culture at the highest levels. Personal style is a reflection of lifestyle. Our style is a nuanced expression of identity that draws from the melting pot of rich British and diasporic influences. As our styles continue to evolve, what is constant is our desire to express pride, strength and a commitment to making something out of nothing.

Dreph is a visual artist working across a wide range of media. With a focus on portraiture and painting the human figure, Dreph's subjects are everyday people, friends, family or those he meets whilst painting in the streets. With exploration of colour and an attention to sartorial detail, he uses his work to tell his subjects stories. He is inspired as much by 80s British sci-fi comics and New York subway art as he is the old masters. Dreph is passionate about the cultural and creative exchange that can be shared whilst travelling and this has profoundly informed his practice. After 3 decades of street based painting, Dreph's work can be found in Asia, Africa, the UAE, Central, South and North America and throughout Europe. Dreph is an Illustration lecturer at Portsmouth University.